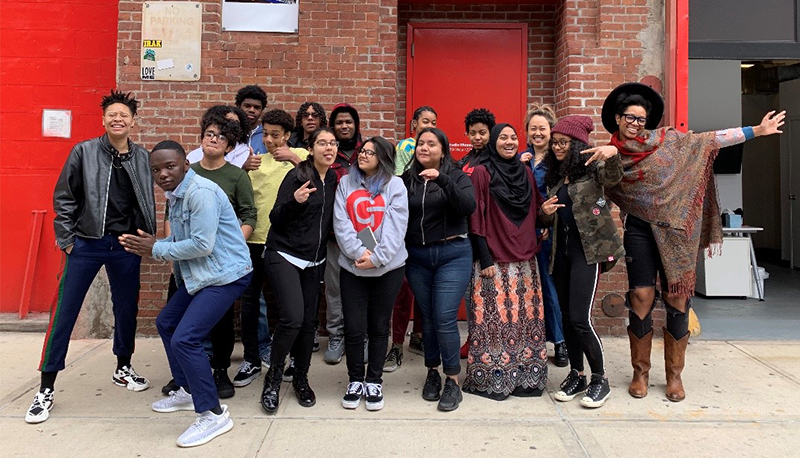 The Studio Museum in Harlem 2018–19 artists in residence with Expanding the Walls 2019.

Before Expanding the Walls I was very close-minded toward art. For a very long period of my life I was stuck on the idea that art was just drawing and/or painting. Oh how wrong I was! After being exposed to Expanding the Walls and finding out there’s a photography-based program linked to one of the most extravagant art museums in Harlem, The Studio Museum in Harlem, I told myself: I have to be a part of this. After Program Coordinator Ginny Huo held an interest meeting at my high school and talked to us about the experiences we’ll have at Expanding the Walls, I was hooked. A few applications and interviews later, there I was sitting at the Studio Museum’s office building with 15 others select students from around the city. I think it is appropriate to say I was the most excited that day to learn so many new things about the field of art.

Ginny took us on a deep dive into the art world which I found fascinating. I quickly learned that were so many aspects and forms of art. I even learned that photography is a type of art even though I’ve been taking pictures my whole entire life. Ginny gave intense lessons on famous artists who changed the industry and set standards with their powerful vision. We learned about Black artists who excel in photography like Gordon Parks, James VanDerZee, Roy Decarava, Carrie Mae Weems, and Lorna Simpson. Their art is so impactful and eye-catching that they have been able to change other’s opinions about Black people and their art since the 20th century. Thanks to Ginny, Expanding the Walls, and my peers, I continue to learn and be intrigued by art and its many different forms.