Give Us a Poem: Joshua Bennett 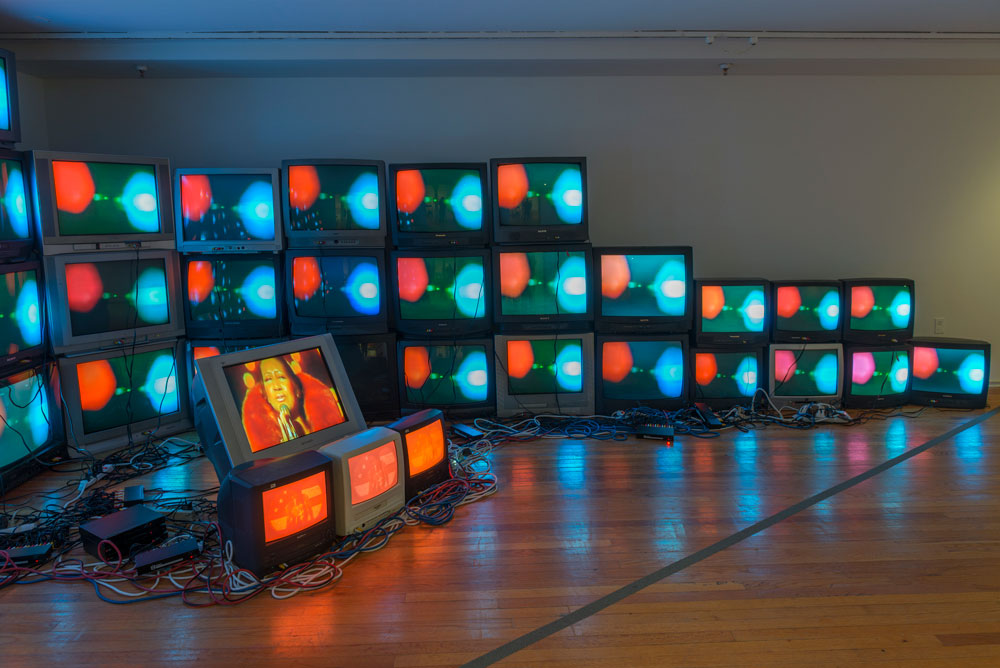 In January 2018, the Studio Museum and Dr. Joshua Bennett invited five New York-based poets to write and perform ekphrastic texts responding to the mediums and concepts visually represented in Fictions. The Next Black National Anthem by Bennett brings our celebration of National Poetry Month to a close, but poems will continue to appear in Studio as we celebrate and reflect on the written word's relationship to visual art.

Will naturally begin
with a blues note.

about how
your baby left

& all you got
in the divorce

was remorse.
& a mortgage.

& a somewhat
morbid, though

the underground.
How it feels to live

set to the most elaborate
Metro Boomin instrumental

firing off in tandem
as Aretha lines a hymn

in the footnotes. Twelve &
a half minutes of unchecked,

bass-laden braggadocio.
The most imitated,

incarcerated human
beings in the history

of the world & every nanosecond
of the band’s boundless

song belongs to us.
It is ours, the way

the word overcome
or The Wiz or Herman

Melville is ours. In any corner
store or court of law, any

over Spades. The Next Black
National Anthem will,

by the rule, begin
in blood, & span

our ongoing war against
oblivion. Clarify the anguish

at the core of our gentleness.
How even that generosity

is a kind of weapon.
This music, our bladed

criticism of a country
obsessed with owning

everything that shimmers,
or moves with a destination

in mind. Even the sky.
Even the darkness

behind our eyes
when we dream.

Dr. Joshua Bennett hails from Yonkers, NY. He is the author of The Sobbing School (Penguin, 2016), which was selected as a winner of the National Poetry Series, and Being Property Once Myself: Blackness and the End of Man, which is forthcoming from Harvard University Press. Bennett holds a Ph.D. in English from Princeton University, and an M.A. in Theatre and Performance Studies from the University of Warwick, where he was a Marshall Scholar. He has received fellowships from the National Endowment for the Arts, the Josephine de Karman Fellowship Trust, the William F. Milton Fund and the Ford Foundation. His writing has appeared in The American Poetry Review, The New York Times, The Paris Review, Poetry and elsewhere. He is currently a Junior Fellow in the Society of Fellows at Harvard University.

Give Us a Poem: Chanice Hughes-Greenberg

Give Us a Poem: Nkosi Nkululeko