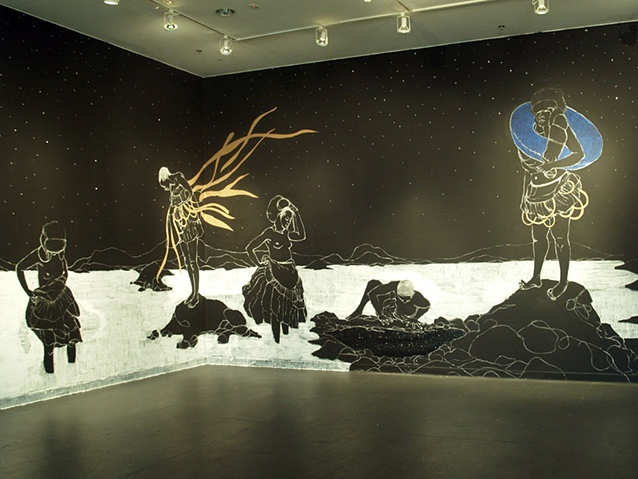 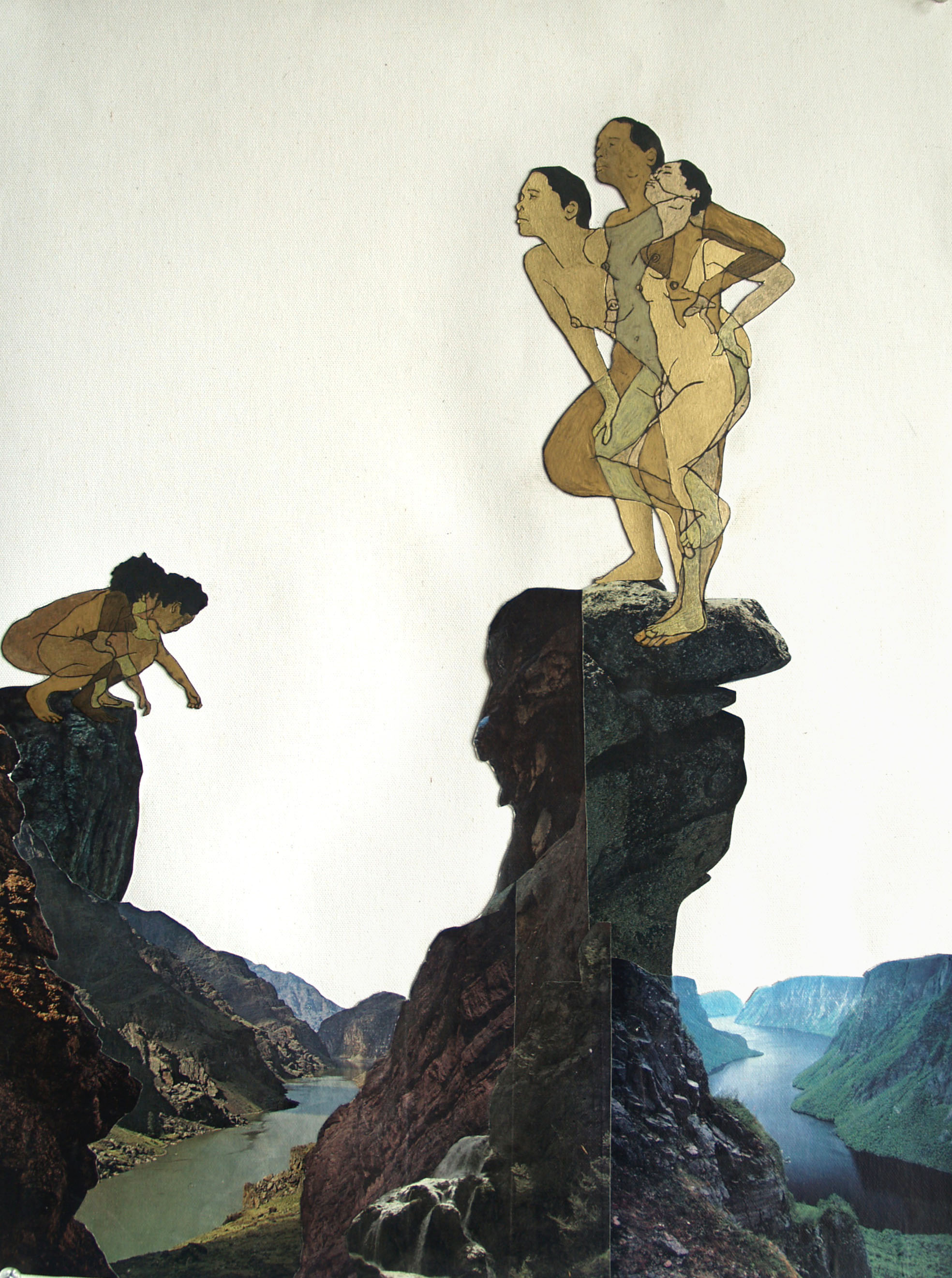 Pamela Phatsimo Sunstrum
I imagined it infinite, 2009
Courtesy the artist

Pamela Phatsimo Sunstrum
I imagined it infinite, 2009
Courtesy the artist

Born in Mochudi, Botswana, multidisciplinary artist Pamela Phatsimo Sunstrum has at times called various parts of Africa, Southeast Asia and the United States home. Motivated by her experiences in these diverse locales, Sunstrum explores how one’s sense of identity develops within geographic and cultural contexts. Her investigation takes various forms, including large-scale installations, stop-motion films, performances, and works on paper. Her work has been exhibited internationally, and she currently lives and works in Baltimore, Maryland.

Your work chronicles the journeys of “Asme,” your alter ego. What led you to develop this character?

Before I invented Asme, I was pulling from images of people I was finding in colonial photography and postcards, anthropological portraiture, and ethnographic journals such as National Geographic. I was interested in how systems of power use image and narrative to define (and confine) identity and how those systems often involve an oversimplification of identity that denies nuances, complications and simultaneity. I was interested in how these images exoticized "the Other," and I was trying to discover ways of reimagining and re-empowering those individuals by giving them new contexts and inventing new narratives for them through drawings and collage. However, I had a hard time using those images because I couldn't distinguish how those bodies had been "used" to serve the needs and interests of systems of power, and how I was "using" those bodies to serve my own interests. I eventually began to shift my gaze towards my own experiences as a way of locating and deconstructing notions of power and identity as they pertained to me. I grew up in a multicultural family living in different parts of Africa and Asia, and as a result I have always had somewhat of a blurred notion of what constitutes a "self." Asme was created out of my need for a character who could represent my own experience of Blackness—an experience of always shifting between locations, between cultures, between definitions. I have always been fascinated by both ancient myths and science fiction, and I realized that as I was developing my work, I was telling myself stories. I have allowed Asme to become a mythological time-and-space traveler who slips between histories, between the real and the fantastical. In developing the Asme story-cycle, I try to impose myth and ritual meaning onto ordinary landscapes and everyday events. I collect things, especially language— words on street signs, advertising, poetry, graffiti, pop lyrics, slogans—and imagine them as meaningful "transmissions." This is how I came to the name "Asme"—it was a word I saw near a mirror in a public bathroom, and I thought it was the perfect name for an alter ego... a character that is like me, that stands in "as me" in an archetypal hero's quest.

Not only did you experience a transnational upbringing, but you have participated in artist residencies all over the world. Is your continued engagement with foreign environments part of your practice?

Definitely. I recently had the opportunity to make work in Johannesburg, South Africa, and it was during this time that I allowed the sites and sights of one specific place, Johannesburg, to drive not only new developments in the ongoing Asme story-cycle but also to influence my material choices and installation decisions. While in Johannesburg, I decided to walk from my house to the studio everyday. I wanted to get the "everyday" feel of the place, and during the fifty-minute walk I would be thinking about Asme and, of course, telling myself stories. These stories seemed to spin out of Johannesburg's culturally complicated urban landscape: language from street signs and billboards, the fusion of so many relocated and dislocated ethnicities, the endless construction and deconstruction of extraordinary wealth and extraordinary poverty, the ruins of old gold mines and of new shanty towns. I feel this was an important shift in my way of thinking about the Asme myth—prior to this, the Asme story was vaguely situated in memories of past experiences that I kept alluding to but never fully allowed to materialize, whereas in Johannesburg a current and urban moment started to press in on Asme in a way I could not ignore. The work I did in Johannesburg was an in-situ drawing installation titled, Asme in the Heart of the City, and it included mural-sized drawings, animation, poems I created by collaging news headline posters I collected on my walks, and old enamel bowls I traded for in Soweto.

What are you working on at the moment?

Lately I have been working on trying to create more integration between my drawings, installations, animations and performance works. I am currently developing a collaborative project with Torkwase Dyson. Like me, Torkwase also incorporates an alter ego in her work. Hers is named "Black Rhino." We first began working together in 2009 with an installation and performance work at the Creative Alliance in Baltimore titled, Astro_Nautic. The most recent iteration of the collaboration is a series of transnational web-based and radio-based transmissions: Skype video exchanges, soundscapes, drawings, and call-and-responses between Asme and Black Rhino. The first transmission will occur in January while I'll be in South Africa and Torkwase will be at the Art Institute of Chicago.