We Go as They: Artists in Residence 2016–17 | The Studio Museum in Harlem Skip to Content 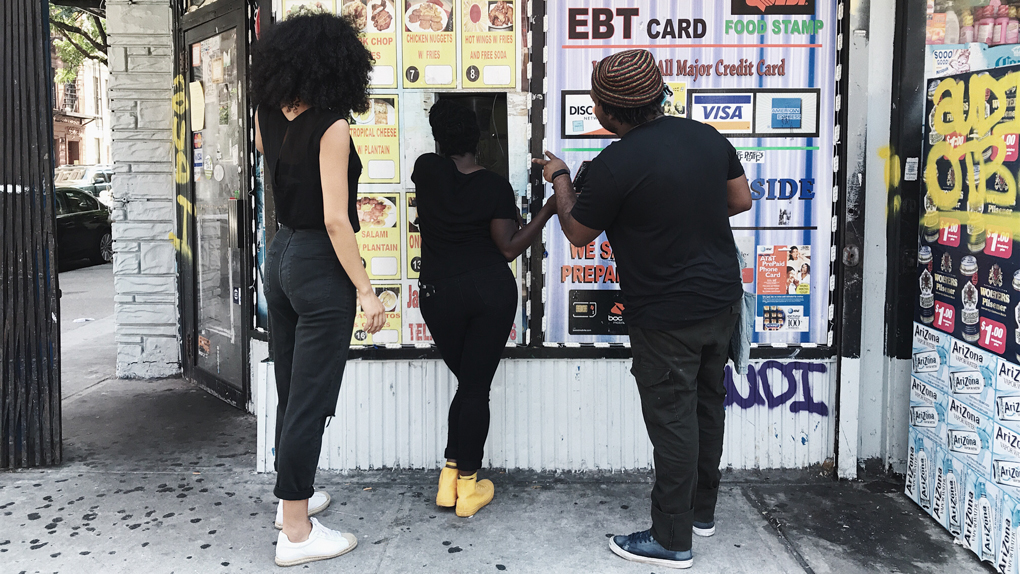 The 2016–17 artists in residence Autumn Knight, Andy Robert and Julia Phillips discuss what it means to make work in Harlem, how their practices have developed during their residencies and their plans for the future. Their exhibition We Go as They: Artists in Residence 2016–17 is up at The Studio Museum in Harlem from September 14, 2017–January 15, 2018.

Julia Phillips: What’s it like being a resident at the Studio Museum? It’s been a great experience working in the geographical and intellectual environment of Harlem. If I want to research certain figures in Black history, or a specific discourse in Black culture, I can go to the Schomburg Center. One night, spontaneously, I went to see I Am Not Your Negro at Maysles cinema. Being surrounded by an audience that was in Harlem during the period the film documents felt precious. Harlem is also a political environment and this influences how I feel in the studio. Commuting from Bed-Stuy has shown me how unique Harlem is, with its street stages, protests, concerts, performances—you name it. This is what makes the experience at the Museum so different from other institutions, and I have such a good dialogue with Autumn and Andy. I think we’re really lucky that we all went to Skowhegan [School of Painting & Sculpture] together and came into the residency having already bonded. We talk to each other quite a bit.

Autumn Knight: I was very fortunate to have known Andy and Jules before coming to the program. They are wonderful artists and wonderful people. I moved to New York from Houston, Texas, for the residency. I moved to Harlem, specifically, to be closer to the studio. Living in Harlem has deepened my appreciation of it as a residential area as well as a creative space.

Andy Robert: The thing about Harlem and being here is you get home, you get Mecca, the Black metropolis. You also get ghetto, isolation, a type of history of neglect, ruin. You also get culture and music and community and humor, just by walking down the street. Being here is like an event. Every day that you’re outside you are going to encounter something. Being around each other, things rub off. Not necessarily directly, but there are certain things that we share: a sense of humor and a poetic play with language, but also a strong, serious view of the world.

JP: Yet it’s very funny how differently we think about exhibition planning, or even how to navigate open studios. Each time I walk into Autumn’s or Andy’s studio I am surprised at how well we’ve gotten to know each other, yet how fresh and surprising their practices still are to me.

When I started the residency, I approached the idea of making work about specific bodies of historical figures, as opposed to the body in a more general sense. One body is that of Josephine Baker and the other is the body of Saartjie Baartman. One of the pieces in the show is titled Exoticizer. The concept of the title is very much aligned with how I usually work—the title refers to the function of the work, but also to the person who could potentially operate the tool. It’s a belt that suggests the insertion of banana stems by the wearer.

AK: I’ve always really loved different art forms and hybridity. When I learned about performance art, I was like, “Oh, yes, that’s my tribe. I’ve gotten better at sensing where the audience is at, really manipulating that distance between artist and audience.

AR: With painting there’s the beginning, there’s the middle and then there’s the end, and it’s about being self-reflexive and asking yourself what happened in between those stages. I’ve been making works that have a certain type of light, which embodies the kind of thought and reflection that happens at the end of the day. I see them a little bit like nocturnes, a thinking about tomorrow.

I think it’s difficult not to look at what’s going on in the world. My painting might not necessarily be a direct response to something that happened today, but a reading, an address nonetheless; I think that current events do shape the way that I create my paintings. There are beautiful moments that happen, moments that I find enduring. There are moments of tragedy, too, but there are also everyday moments where people are holding hands or embracing. It’s a space of chaos and terror, but also romance, care, kindness, hope or love that happen in the world. I always try to balance the two: the terror and the tragedy that occur with hope. There is always hope.

I’ve become more aware of composition, where things are and where they could be, and what should happen in a specific area of a painting. When I’m thinking about these things it’s often when the painting is almost done,because in the beginning there are too many moments of possibility. Finishing a work is about making decisions and editing, unlike the beginning stages when you’re trying to put some marks down and build, build, build.

JP: I struggle to answer that question, “When are you finished?” Ideas linger for a long time. It can easily take a year for me to complete a work. [Laughter] A lot of contemplation goes into it, and research, failure and rejection. I know that a work is finished when the three-dimensional object lives up to, or is stronger than what I had in mind.

AK: The questions, “When do you know it’s done, when do you know it’s good?” make me realize I’ve been stepping away from those ways of thinking. I’m trying, for my sanity and longevity, to think of each performance as part of a continuous body of work, or even a single work. I construct my projects or performances so there are multiple entry points, for the viewer and for myself. In the future, I’ll continue to apply intellectual curiosity to my work and engage with ideas that speak to my political, social and personal interests. After the residency, I’ll stay in New York and continue to work on upcoming performance projects.

AR: After the residency, my plans are to keep exploring and experimenting, and to keep painting. I see myself as a painter. That said, in the future I don’t want to restrict myself from making a film or a sculpture. It helps having a primary mode of thought that I can bring to another medium or another discipline. I can look to a photo or a film and ask how a cut or a montage or a certain cinematic/photographic vocabulary can function in a painting. I’ve collected so much imagery over the past couple of years that I feel like I have much work to do. I’m looking forward to returning to Los Angeles and have a solo show there in November. Harlem is amazing; this year in New York has been amazing. For me, Harlem is the center, it’s international, it’s what it means to be Black and modern. I’ve come to realize Harlem has been with me all my life and it’s the soul I’ll carry wherever we go.

JP: After this residency ends at the Studio Museum, I’ll be doing a one-month residency called Denniston Hill in upstate New York. Autumn and Andy will be up there too! 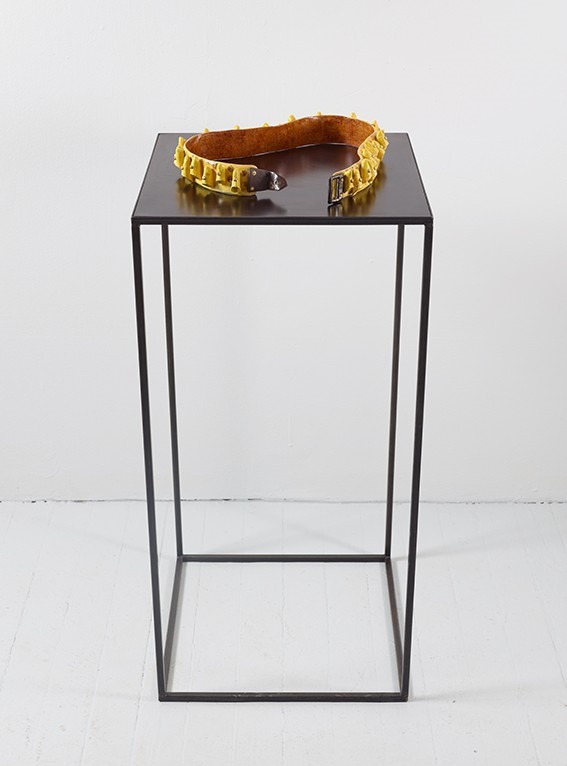 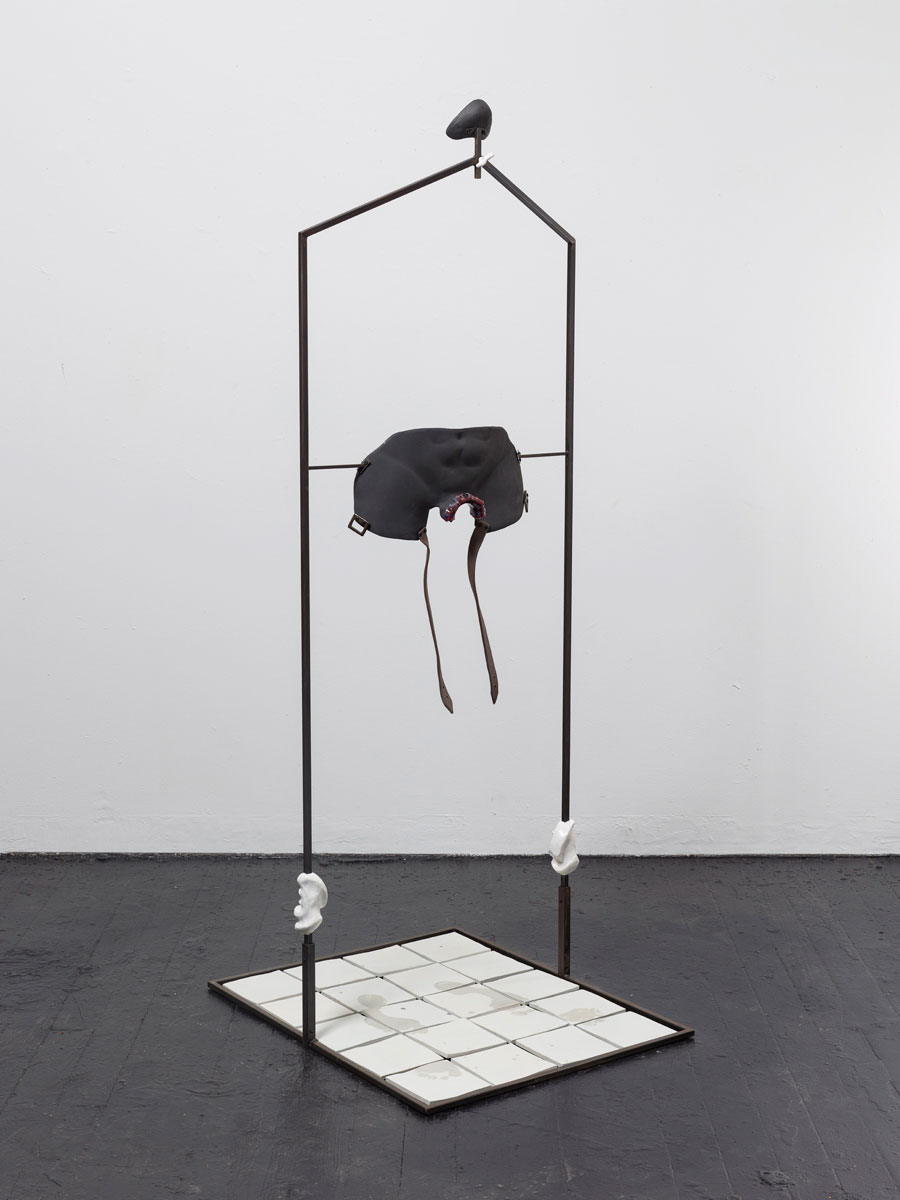 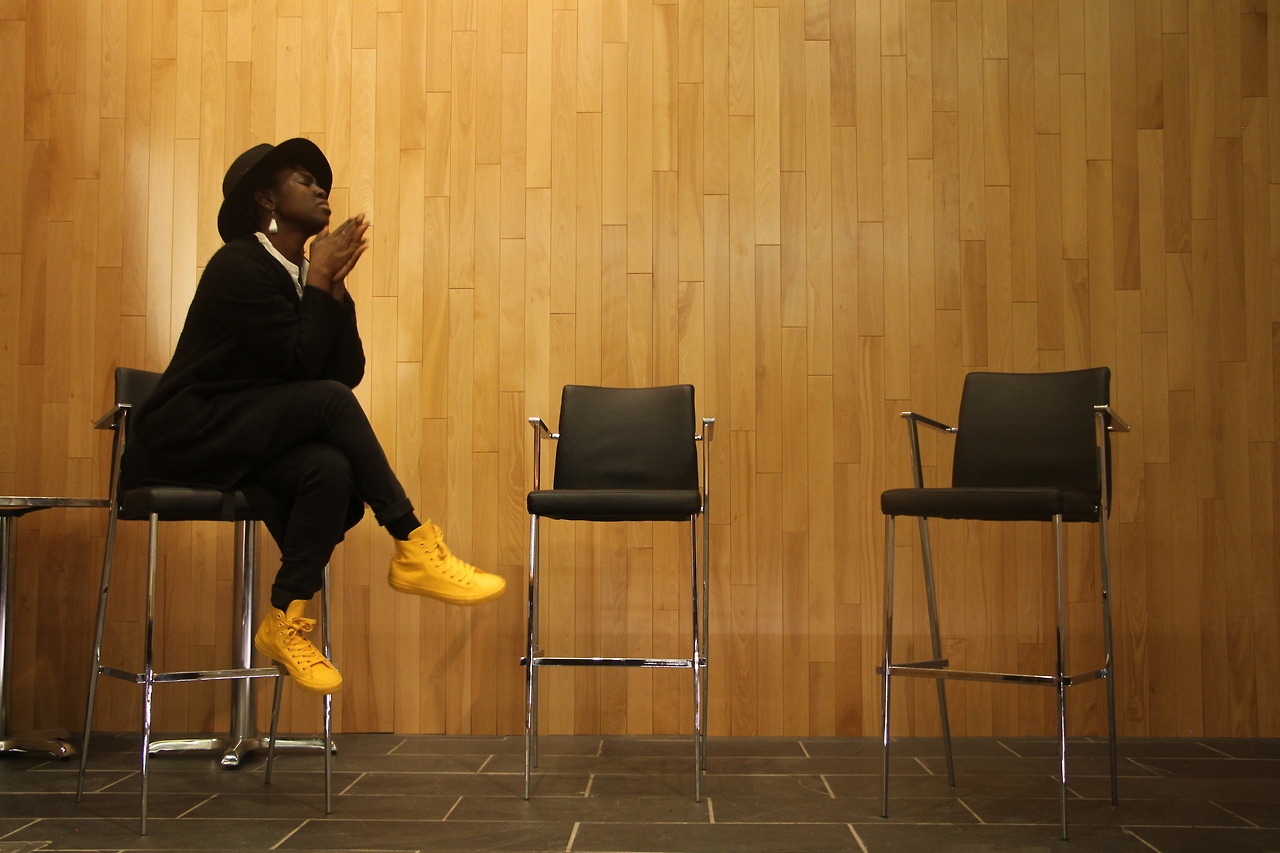 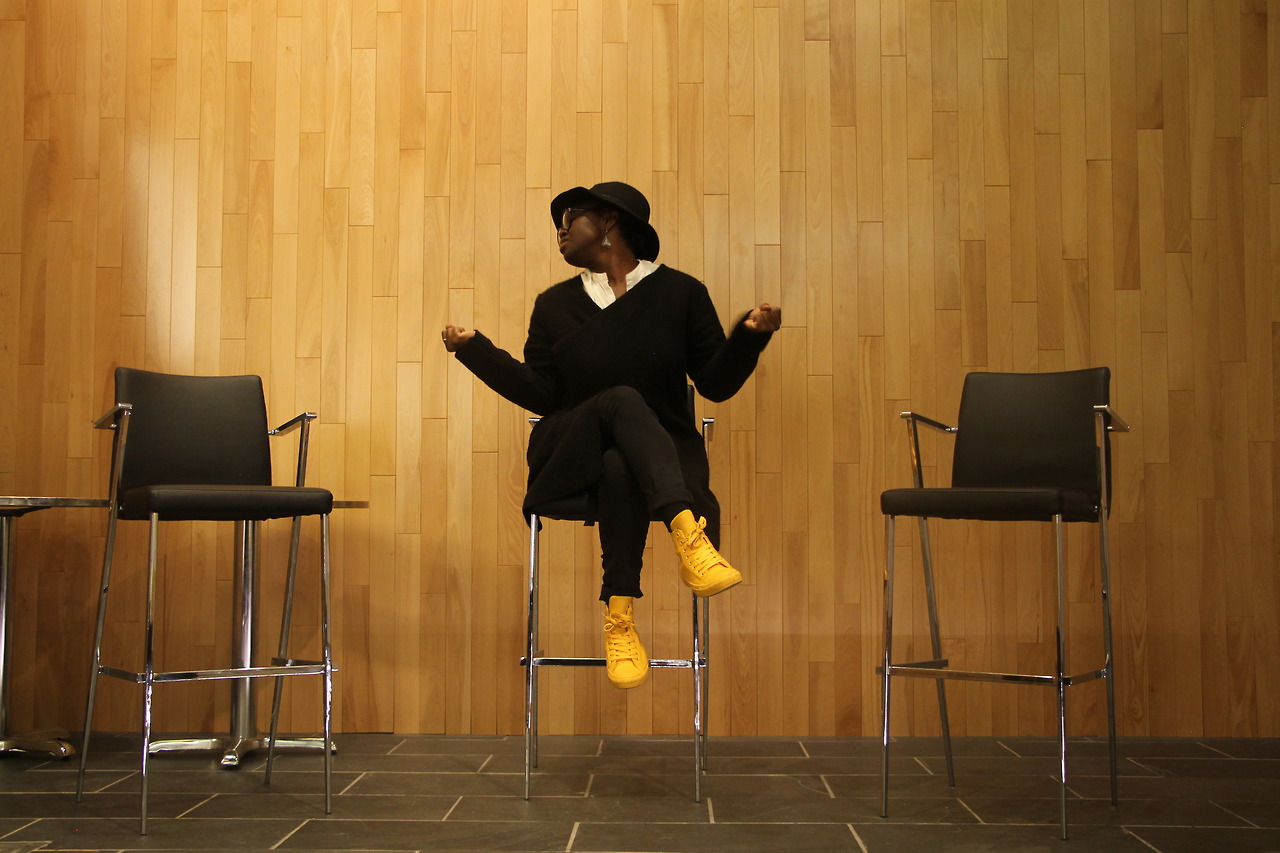 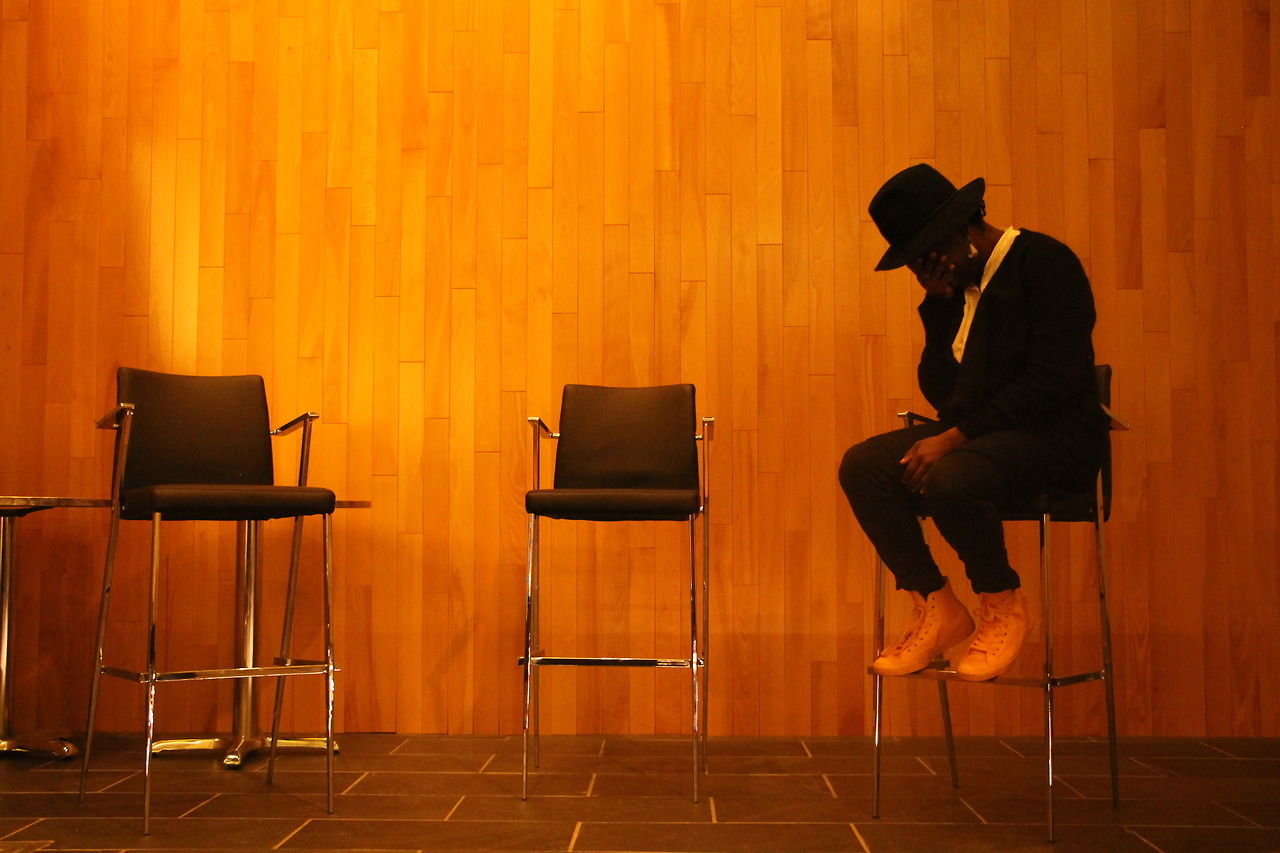 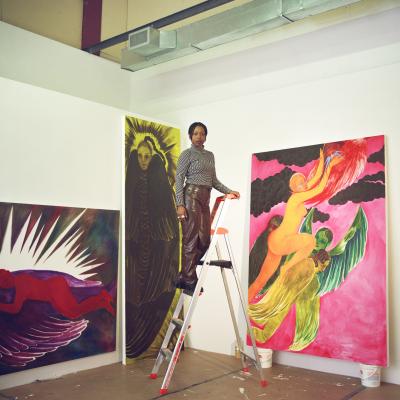 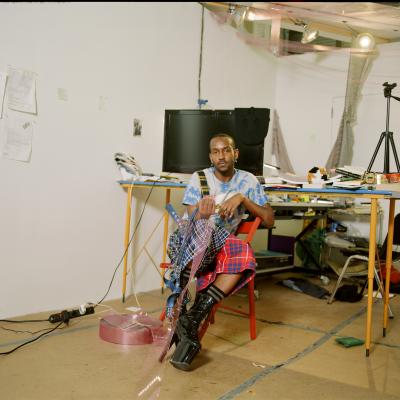 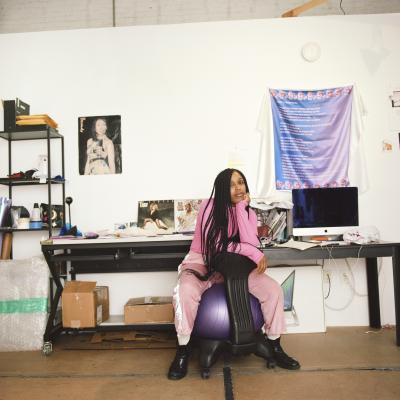